Catastrophe in Haiti, due to Hurricane Mattew [1st part]

More than 1,000 deaths, 30,000 homes affected or destroyed, winds up to 300 km/hour; These are just a few figures that left Hurricane Matthew in Haiti six years after the earthquake that struck Port-au-Prince, leaving more than 316,000 people dead and 350,000 injured. More than 1.5 million people were left homeless, constituting one of the most serious catastrophes in the history.

Hurricane Matthew, as it passed through this heavily punished country, reached Category 5, which is the maximum predicted that a tornado can reach, and destroyed everything that crossed in his way.

So, is it possible?

There is a type of construction that can withstand the wind forces generated by a category 5 hurricane at a very low construction cost.

Alright, but maybe that low-cost solution that we are thinking would surely not meet all the habitability and comfort criteria for its residents; It would be logical not to pretend such a thing, when at low cost we can resist hurricanes, right?

Fortunately, the solution that we are imagining would also meet the requirements of one of the most demanding European regulations, such as the Technical Building Code of Spain (CTE) without adding any cost of execution.

Well, it seems that we would have everything: VERY RESISTANT AND COMFORTABLE HOMES

Would it be possible that the architecture of the house we are imagining could be adapted to the criterion and taste of the place, so that we do not have to settle for modules with fixed dimensions that may not satisfy the needs of people and their modus vivendi? 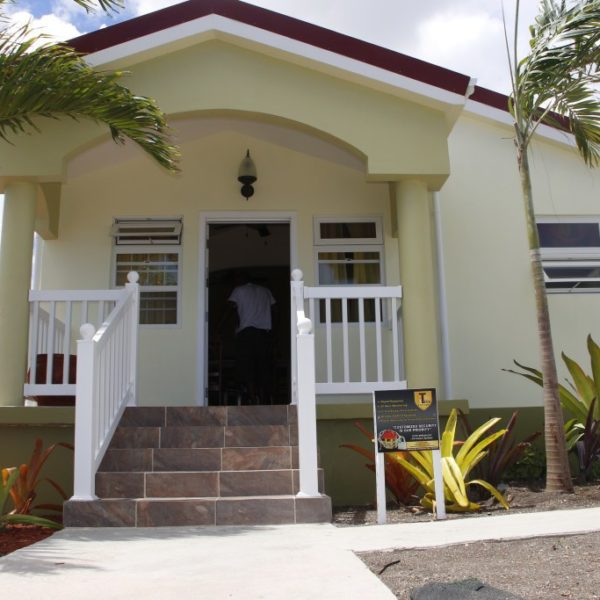 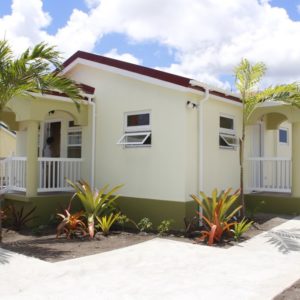 We would be facing a construction technology that would offer a total freedom of architectural expression and would allow to design houses adapted to the local needs without interfering in any way with the resulting low costs.

Of course, after all the above, we would now wonder if this technology we imagined could employ local labor and simple and habitual material resources of traditional housing construction.

The technology we envisioned would be very easy to implement, allowing it to be applied by personnel with no previous experience, which would not limit production capacity, and could respond to an urgent demand as a result of a natural disaster.

Well, let’s not imagine any more. This technology exists.

His name is Baupanel System

Let us demonstrate each of the questions raised point by point

The wind force acting on a construction has a magnitude proportional to the square of its velocity. Thus a wind of 100 km/h generates forces four times higher than one of 50 km/h.

A hurricane like Mathew, sustained winds of 300 km/h generate a dynamic pressure equal to 4.34 kN/m2, or 8.35 times higher than the highest value given by Spanish legislation.

The dynamic wind force exerted on a dwelling is equal to the product of the exposure surface by the value of the dynamic pressure.

In order to simplify the calculation, modern wind regulations use an equivalent static pressure value, which is obtained by multiplying the value of the dynamic pressure by a series of coefficients that depend on several factors: shape, height of construction, environment , Etc., which cause the wind computing force to exceed the value of the dynamic force. For the purposes of this example, we assume that the coefficient reaches 1.25.

If we consider to illustrate this example that we had a house whose dimensions in plan were 3,375×9,00m and a height of 2,70m, the horizontal force that should withstand in the greater direction would be equal to:

And in the minor direction:

The total force will be distributed by the walls that are in the direction of the wind.

Therefore the walls with greater solicitation will be the ones of 3,375 m that support each of them a quarter of the force of 131.95 kN, that is to say:

In order to simulate this effect, a cyclic loading test was carried out at the Eduardo Torroja Institute. 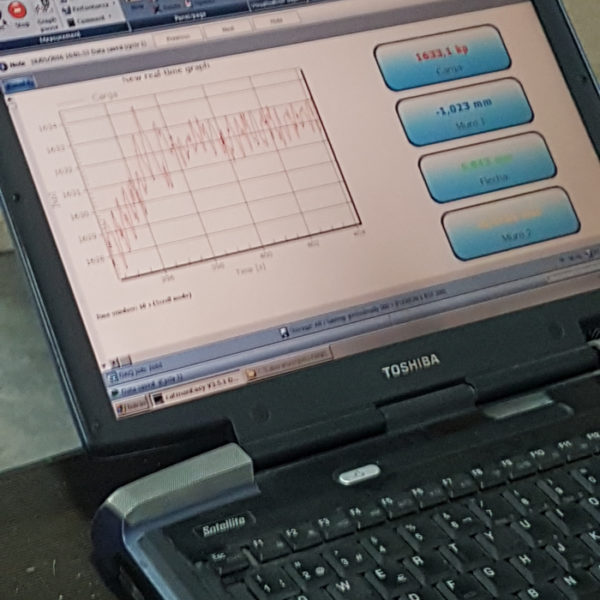 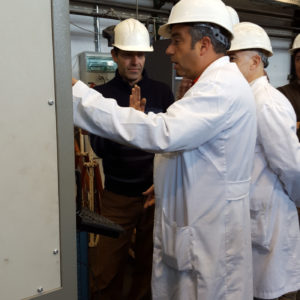 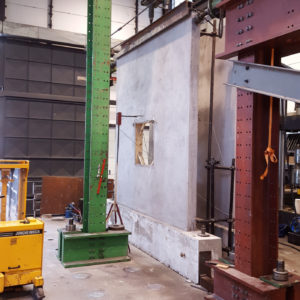 The breakage of the wall is reached with a horizontal force greater than 200 kN.

This means that we have an additional safety factor for a force such as that of Matthew greater than: 200 / 32,98 = 6

To destroy the walls would require a force 6 times more powerful than Matthew.