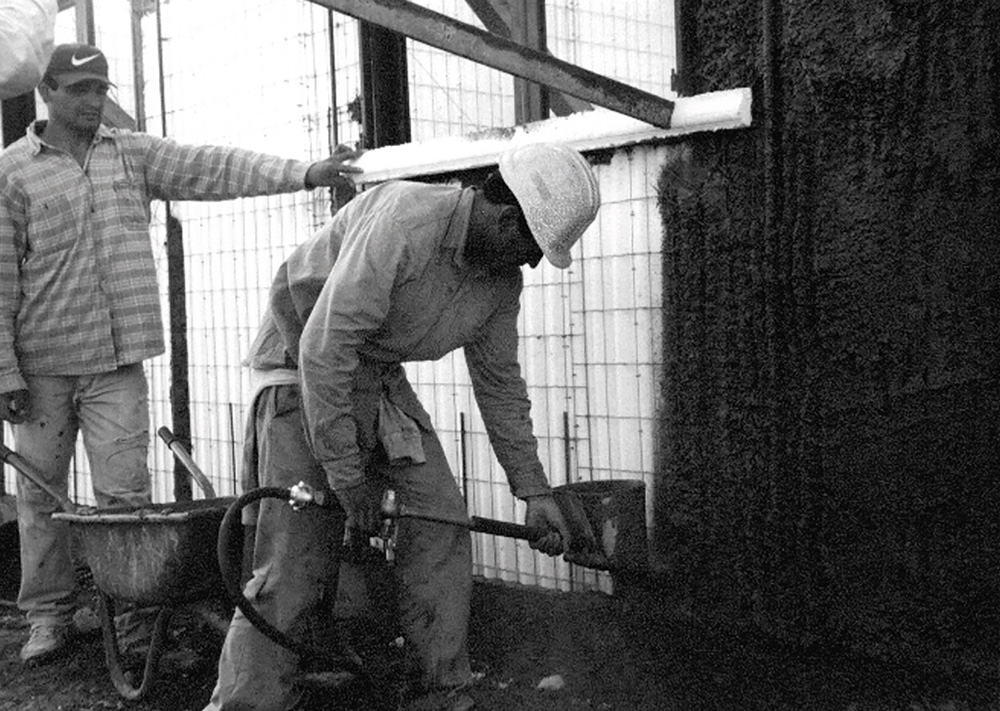 The construction system Baupanel® System has as direct ancestor a material called ferrocement, whose origin dates from 1848. Later, in 1957, the famous Italian engineer Pier Luigi Nervi , develop this idea by performing spectacular works with this material.

Previously, in 1925 expanded polystyrene was invented, but it was not until the late 1960s when its use as thermal insulating material began to be generalized.

In the next decade, the first individual experiences of incorporating expanded polystyrene into ferrocement in construction begin in several countries. And it is in the early 80s when the industrial development of the panels begins.

In 1983 we found the first mechanical resistance test, where the panel withstood a load of 30 Tons without suffering any damage (test conducted by M. Zolezzi at the Portland Cement Institute, Argentina).

The new design of Baupanel® System, has a new shape, where from a new linear ripple that generates isosceles triangles, we achieve that all the longitudinal bars of the steel meshes keep the maximum separation to the surface of the expanded polystyrene core

In this way, the panel design itself ensures an optimum concrete coating around each of the longitudinal steel bars.

This new design leads to a panel with greater resistance compared to everything seen before.

Advantages of the new panel

This website uses cookies to improve your experience while you navigate through the website. Out of these, the cookies that are categorized as necessary are stored on your browser as they are essential for the working of basic functionalities of the website. We also use third-party cookies that help us analyze and understand how you use this website. These cookies will be stored in your browser only with your consent. You also have the option to opt-out of these cookies. But opting out of some of these cookies may affect your browsing experience.
Necessary Always Enabled

Any cookies that may not be particularly necessary for the website to function and is used specifically to collect user personal data via analytics, ads, other embedded contents are termed as non-necessary cookies. It is mandatory to procure user consent prior to running these cookies on your website.